Battlefield 1 was released for the Xbox One, PS4, and Microsoft Windows PC platform. Multiplayer gameplay stays the same across consoles. The PC platform differs only in lobby size compared to the console platform. There is no crossplay for Battlefield 1 so all platforms are divided.

Although a campaign is included most people usually play just for the multiplayer aspect.The current state of Battlefield 1 on the Xbox One platform is looking dim for a three year old game no longer receiving dedicated promotional or marketing efforts. Find out all you need to know as a new or returning player in this Battlefield 1 Xbox One review.

Most players have either stopped playing or gone off to play Battlefield 5. This leaves the multiplayer part of the game in a questionable state. Acknowledging this prompted me to consider the positives and negatives of Battlefield 1 in its current state.

Is Battlefield 1 Still Worth Playing?

Yes for anyone interested in playing and has knowledge of what to expect from actual multiplayer gameplay.

Battlefield 1 multiplayer is best described as a Player Vs. Player environment styled with elements you would expect from First Person Shooter, Third Person Shooter, and Real Time Strategy video games. The player base is small so if you happen to have the time to spare it can be worthwhile to load up and try to find a match.

No for somebody who is pressed for time or does not enjoy a Player Vs. Player environment.

It can take a bit of time to find a match. Anyone who has a short tolerance for Battlefield 1 will feel like all the waiting is not worthwhile. Battlefield 1 multiplayer is heavily focused on PvP, strategy, and teamwork. Any player who does not enjoy a competitive environment where mistakes can lead to a quick death will not have fun plain and simple.

Even if you know what to expect there are legitimate concerns any aspiring player should raise.If you want a detailed overview of Battlefield 1 head over to Wikipedia’s page it covers the subject very clearly.

Battlefield 1 can be a fun video game but its multiplayer is heavily reliant on it’s player base.

A bittersweet aspect of Battlefield 1. The bitter part is acknowledging that the community is small at the time of writing this and gets smaller when divided by platform and region. The sweet part being is it reinforces Battlefield 1 as a video game that is heavily dependent on its community.

Accessing matches is not as easy as it used to be. Do to the small player size finding matches for some game modes, maps, and regions is not possible. It’s not like I can hop on anytime I want and expect to find a match of Frontlines. At this point I can at least find some game modes I want to play.The region that is appropriate for me is small in active servers compared to what it used to be.

How to Find Active Servers.

Battlefield 1 is not a lost cause yet there is still hope. Being able to find active servers supports that statement. So long as EA keeps the servers running Battlefield will always have a community. It can be a fun game find out why in my post discussing individual preference in video games.

The weekly rotation focuses official servers on a different game mode every week. Some challenges can only be completed in specified game modes. Depending on what is on rotation it can be detrimental or beneficial. Finding active servers is easy. 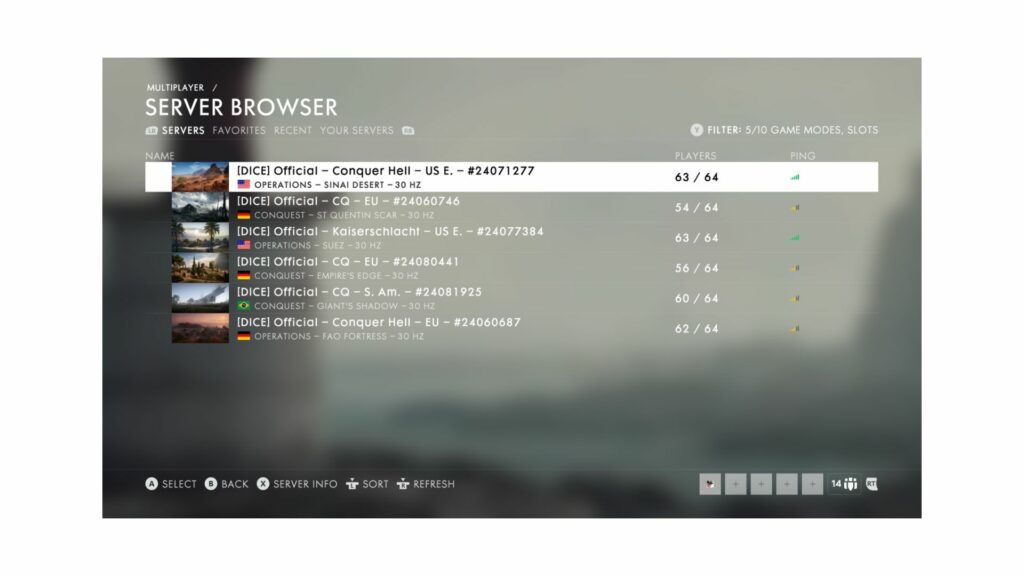 My first option is to hit up the server browser menu. I only adjust the game mode filter and the region filter. Filtering by maps will usually result in no servers appearing for some reason.

When in doubt use Quickplay

The Quickplay tab or trending tab in the home menu is a good place to find some matches if nothing shows up in the server browser. 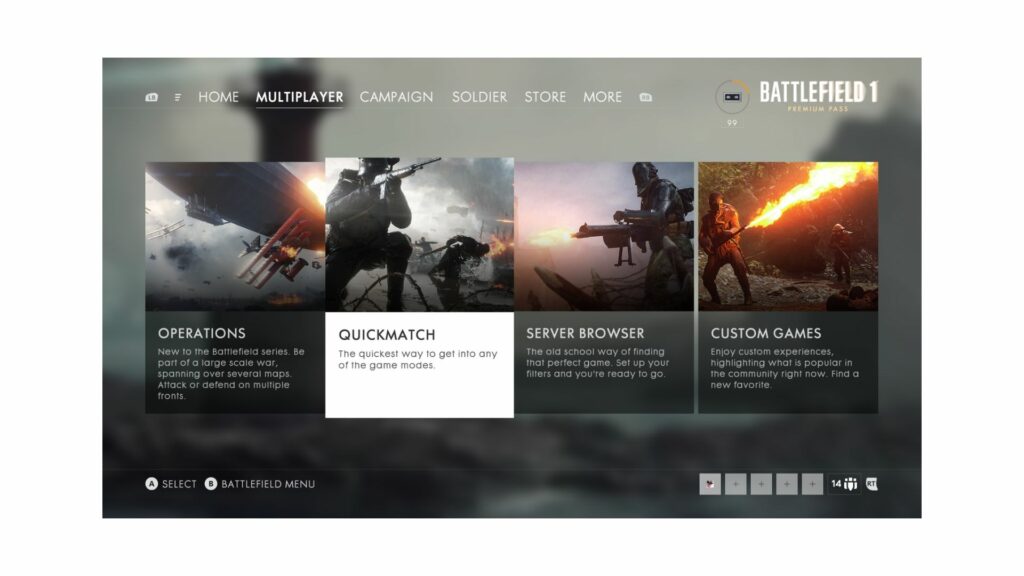 Future of The Game

Battlefield 1 is a video game that has and always will be dependent on it’s player base. The underlying problem with this is what happens when there is no more community. The purpose of this Battlefield 1 Xbox One review is to shed light on the matter.

EA has moved efforts towards Battlefield 5 along other titles they have released. The reduced efforts turned the game into a shadow of its former self. Here is a video of that glorious gameplay during the They Shall Not Pass DLC phase.

Did you find this review helpful? What platform do you or would you play Battlefield 1 on? Any relevant questions or comments are always welcome in the comments section. Take care and good luck out there in the field of battle.

Product: Battlefield 1 for the Xbox One Platform

Product Description: The video game is themed around World War 1. The combat mechanics of the game fictionalize the not so Great War in the best way possible. The real world conditions of War World 1 were recorded to be deplorable. Battlefield 1 has a campaign mode and a online multiplayer mode. Most players play mainly for the multiplayer mode. The community on the Xbox One platform is small but active. As long as EA keeps the servers online the community will carry on. If you happen to have the video game already hop on it may be worthwhile to find a match. If you do not own Battlefield 1 yet try out a physical copy of the base game or check out the Battlefield 1 Revolution edition.