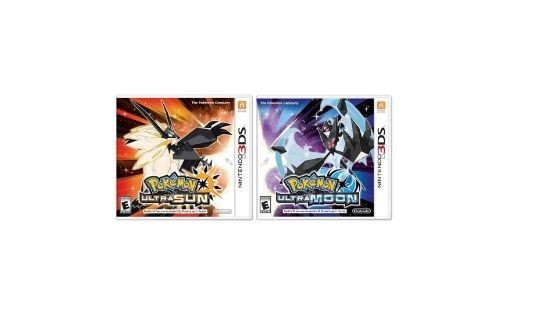 Find out why I ended up enjoying the adventure but rarely went beyond that such as completing the Pokedex, defeating the battle tree, catching all the legendary Pokemon or consistently using the Ultra Wormholes.

Being completely honest I enjoyed the Alolan Region and the different small environments. What I absolutely disliked was the amount of cut scenes. Granted this video game is rated E for everyone but time is important regardless of age. Perhaps including an option to skip the cut scenes should be included in future titles.

Compared to the first versions Pokemon Ultra Sun and Moon came with slightly more content including a new mythical Pokemon. The plotline sees few changes and features added on.

This was the biggest problem facing Pokemon Ultra Sun and Moon. If you played Sun or Moon then you may have asked yourself if purchasing the technically finished version of the video game is worth it? You knew it would involve exploring the Aloala Region a second time. The only difference was going to be in the plot line.

Believe me I had same the question but after finishing the story line myself I reached a decision. It was worth the purchase since I was genuinely interested and curious about what new experience awaited. In Pokemon Ultra Sun and Moon a new pair of individuals known as the Ultra Recon Squad follows you around Aloala with a specific goal in mind. An interesting pair as they seem nefarious but turn out to be benevolent. The main antagonist still involve Team Skull and the Aether Foundation with a twist around the end of the storyline.

This twist includes the villainous organization known as Team Rainbow Rocket a revised version of Team Rocket lead by none other than Giovanni himself. Giovanni is accompanied with leaders from other evil organizations who all exist in a universe where a trainer like you did not exist.

Since a trainer like you was not present to stop Team Rocket from obtaining the Master Ball or Mewtwo, Giovanni was able to conjure up the means of travel through teleportation for his evil agenda. In doing so he formed Team Rainbow Rocket amassed the other leaders with the legendary Pokemon they were after and finds his way to the Ultra Sun and Moon universe where he planned to spread all kinds of evil.

Being brought to a stop by the player character you are shown the one cut scene that was worth seeing. Giovanni is seen on top of roof in the same universe after being defeated and mutters “now, what new world shall I unleash my evil schemes upon…?”. 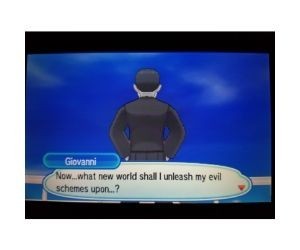 It certainly was an amazing way to pay homage to previous generations. If you played through all of them the ending was much more exciting to play through. Aspects like the pokeballs the leaders use and the Pokemon they used can be noticed and the purpose behind them can be appreciated. I suspected this was some kind of foreshadowing for Giovanni making an appearance in a new Pokemon game or some kind of cameo appearance.

Surely enough we have Pokemon Go featuring a Team Rocket based event, funny how that came to fruition. How could I be surprised I knew something was up when Meltan was introduced on Chickorita’s Community Day in Pokemon Go. Meltan being number 808 and it’s evolution Melmetal having 809 in the Pokedex. The reason that was significant is that it was a new approach the Pokemon Company and Creatures Inc were taking with Niantic’s product. Not sure if GameFreak has a say in any of that but I figured all three surely understand the vaule Niantic could provide as a product. Normally Gamefreak followed the pattern of introducing a new Pokemon from a new title into the current titles.

The incorporation was always done in a movie, the anime, or one of the main series titles. Seeing Meltan promoted was a bitter-sweet moment. Bitter because it signified a new direction was being taken with the Pokemon IP. Sweet because I realized so many others will be able to experience Pokemon for the first time through that new approach.

Overall Pokemon Ultra Sun and Moon and its predecessors assured me that the franchise was taking a different direction as a legitimate business looking to maximize its chances of success. Pokemon Omega Ruby and Alpha Sapphire hinted at such an approach with the Battle Mansion, what could have been the Battle Frontier. Unfortunately this gets overlooked by anyone who passively plays the video game. How could that happen one may ask? Am I just unable to accept that this is a title rated for everyone? Allow me to explain.

Not a Video Game for Everyone

Playing passively will not generate a vested interest and curiosity. Without interest or curiosity a player will no doubt quit playing the video game due to lack of fun. Each individual has their own version of fun and Pokemon with its many main series titles were able to capture a wide array of different versions. Some versions involved training your Pocket Monsters to the highest level. Some involved collecting your favorite Pokemon whether it be perfect versions or shiny versions. Few thoroughly enjoyed sticking to the slogan of gotta catch’em all by catching them all and building out stacked teams.

The classic case that this title is rated E for everyone is irrelevant and made from people who either never played the video game or play it passively. There is nothing the matter with doing one of the other everyone has their own version fun. While this is a video game rated for everyone it is not a video game for everyone.

When the Pokedex consisted of 151 Pokemon this certainly was the case. Anyone could pick up the game invest a small amount of time, some basic cognitive function, effort and have fun. There was no worry of transferring your first Pokemon to the next title or the daunting task of collecting 807. Just pick up the game and train on.

Made for a Broader Audience

Someone in Nintendo, Gamefreak or Creatures Inc realized this. All four Gen 7 titles left out a national Pokedex but no Pokemon were excluded from being transferable from other games. I thoroughly enjoyed this decision as it appealed to every type of Trainer. For some it saved time obtaining the shiny charm. In other cases it took the pressure off of anyone new or returning who did not have a live Pokedex sitting in Pokebank because you can’t blame them it takes time and effort to build out such a collection. For very few people the option of transferring a live Pokedex was available granted it was a one way ticket and required either a subscription to Pokebank or 3DS or 2DS system.

Taking the idea of easily accessibility into a new direction Pokemon Let’s Go was developed in order to try to recreate the experience and appeal that made the first generation games very accessible for new and returning trainers. The problem with this tactic is it completely disregards the veteran fan base. People who have searched far and wide out of passion regardless whether they started with Gen 1 titles, Gen 2 titles, Gen 5 it does not matter. What matters is they have been sticking with the main series for a while with some of their favorite Pokemon battling with them, only to have Gamefreak devalue that experience and playstyle and deem it too difficult for the average trainer and slowly cut it away title after title.

Oh well it was a lot of fun while it lasted and Gamefreak can do nothing to take away the joy I experience from challenging the Battle Maison again and again. Gamefreak also lacks the ability to stifle my fond memories of obtaining the gold symbols from the Battle Frontier. So what does any of this have to do with why I enjoyed the new adventure but never went beyond after completing the main storyline? Well in order to get a clear picture we gotta go back dating to the release of the first Pokemon games.

These titles were what drove the Pokemon IP into a cultural icon today. It did not happen overnight and certainly was not obtained by relying on psychological methods that influence user engagement. These titles were gems because they were simply good video games capable of providing fun to anyone who wants to play. That is something almost every video game in the industry tries to mimic but fails in the process. What would follow is the creation of a franchise big enough to overshadow established franchises like Disney, Star Wars and Hello Kitty.

Why the Change in Direction

My guess is the process of creating a good video game eventually conflicts with the process of creating a viable product that would sale. Well now in 2019 and Gamefreak seems to have taken notes from Epic Games’ strategy. Craft a experience that is easily accessible to everyone thereby allowing the potential to capture a wide range of demographics. Heck even Microsoft realized this and it became apparent when they became a shill for Minecraft.

I have no doubt that all three publishing studios will continue to see success with their respective titles but for how long that is to be determined. No longer is video game development about the idea of creating a fun experience now it seems to be leaning more towards prioritizing the sale. I can’t help but think about some toxicity that sprouts from this mismanagement.

My best advice to avoid any of this is stay true to yourself. When a video game start to feel like work instead of play I cease playing and purchasing any additional content for the title. In this case transferring Pokemon again and again with no backwards compatibility or no method of transferring them back became more like work instead of play. Especially when you consider the fact that some features that created a fun experience in a previous game can get discontinued in newer games. Depending on whether the video game receives an update that would remedy the problem I either eventually resume playing or let the franchise fade into obscurity away from my mind.

I have been training on for 17 years in the main series just for the fun of it. It never felt like a chore or like work, though it did take effort to achieve most of what I was interested in achieving. 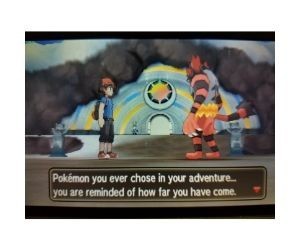 Product Description: Pokemon Ultra Sun and Moon take place in the Alolan region which is made up of 4 islands. The main plotline for both versions revolves around what seen in Pokemon Sun and Moon along with the addition of a two other factions The Ultra Recon Squad and Team Rainbow Rocket. Instead of battling Gym leaders Alola has a system of Captains and trials the player has to complete. Each version have version exclusive Pokemon, these are Pokemon that are found exclusively within one version. There are also slight variations with the cut-scenes. The reason behind version exclusives is to encourage Trainers to trade with others which can be done through the Global Trade System or GTS as long as you have a internet connection. Though both titles do not require a wifi connection to play some features will be inaccessible without it.  The objective main objectives include becoming Champion of the Alolan Pokemon League, completeing the Pokedex, obtaining the shiny charm and defeating the battle tree.